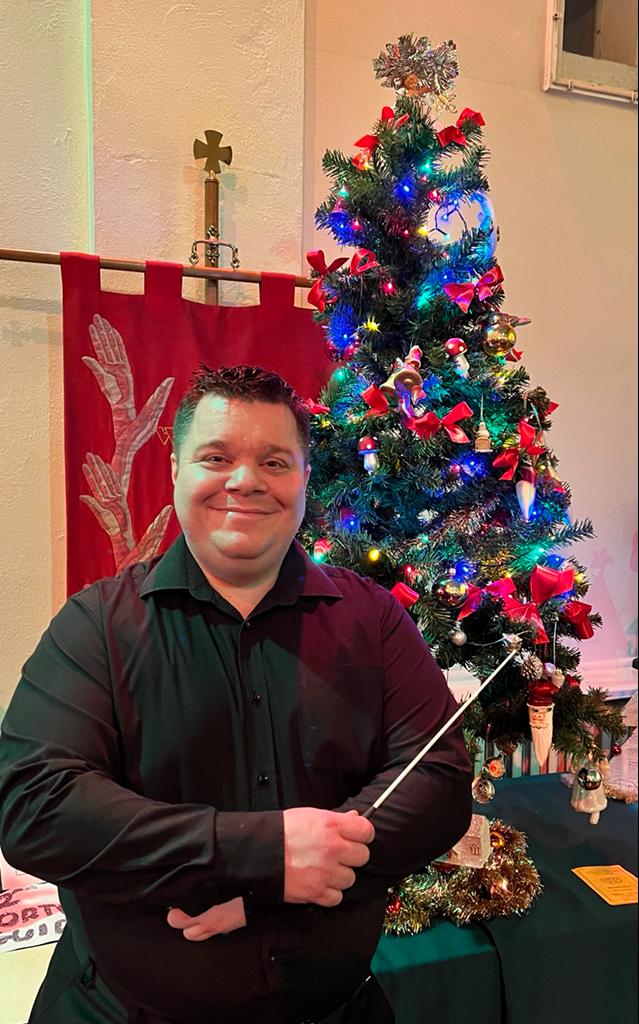 The band’s Director of Music is Grant Bentley. Joining in May 2014, he is a relative newcomer to the band, but has almost 20 years of playing experience as a hornist. Having started his musical career with the Horndean Band, he was recruited into the Royal Navy Volunteer Band of HMS Dryad in 1998. He went on to join the Royal Navy as a comissioned officer in 2003 and has always taken a french horn on his travels. He claims to have only compromised a submarine’s position once (by way of an ill-timed rendition of Mozart’s Horn Concerto).

Having been based all over the country, he has held several appointments with local wind bands and orchestras, including principal horn of the University of Portsmouth Orchestra, the Chichester Symphony Orchestra, the Helensburgh Orchestral Society and the Huntingdonshire Concert Band. He is a regular pit musician for amateur stage productions, with highlights including Oliver, Les Miserables, Guys and Dolls and Phantom of the Opera.

Pursuing a long-held ambition to conduct music, Grant was thrown in at the deep end one Sunday morning at rehearsal. Having thoroughly enjoyed the experience, he undertook a course in wind conducting at the Sherborne Summer School of Music, studying under Mark Heron, professor of conducting at the Royal Northern College of Music before making his formal concert debut with Harrow Concert Band in September 2015; a hugely successful night of music from stage and screen. Following the retirement of his predecessor, he was appointed Director of Music in January 2016. Grant is passionate about encouraging the band to perform at their very best.